Even in August Nature and Beauty prevail

We decided to revisit the quiet and relatively unknown lake of Lagunillo Misterioso, an enchanting place. We would then drop down the streams to see possibly the highest waterfall in the Sierra Nevada, the Chorreras de Molinillo.

I was supposed to go rock climbing but due to the disappearance (or disintegration!) of my 25+ year old rock boots this had to be cancelled. I had already bought our lift passes so we decided to go for a high level stroll instead and invited a few of our friends to join us. 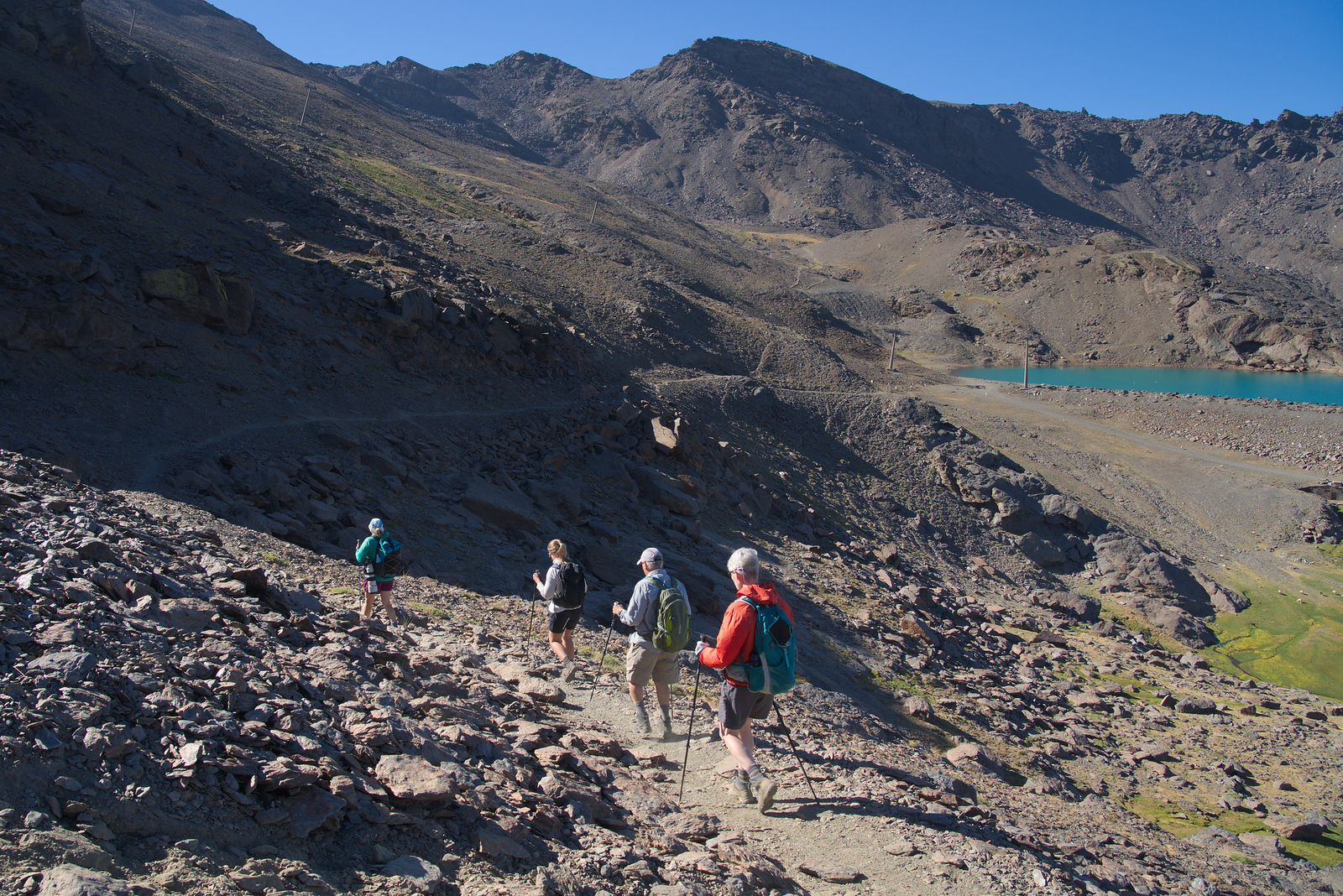 We decided to revisit the quiet and relatively unknown lake called, Lagunillo Misterioso, an enchanting place. We would then drop down the streams to see possibly the highest waterfall in the Sierra Nevada, the Chorreras de Molinillo. We knew would see some dramatic sights but didn't actually expect to see much in the way of nature, flora and fauna, this being August after all.

We caught the Veleta chair to 3000 metres and then descended on good paths to the reservoir at las Yeguas. Skirting the western side of the lake we dropped down and located a faint track that meandered to Lagunillo Misterioso.

The lake remains invisible until only about a minutes walk away, guess that why it is so named? It's a lovely spot to sit on the banks of the lake and take in the peace and serenity. Above the scenery changes rapidly into a chaotic sea of stones and boulders which rise up to the impressive and dramatic north west ridge of the Tozal del Cartujo. Always reminds me of Scotland's Isle of Skye this scene.

We decided to stick to as many green areas as we could for this walk. Green = water = life! We headed down ribbons of green inter spaced by small streams. Not too many flowers still existed this late into the summer but we did spot plenty holding onto life, including the beautiful Trumpet Gentian.

We did spot the elusive Bearded Vulture, a rare sight in the Sierra Nevada and also a small weasel that seemed interested in what us humans were contemplating.

Rather than visit the waterfall we headed to the source of the Rio Durcal where streams converge into this year round watercourse. Here we sat and reflected, possibly on the meaning of life!

An uphill return to join a ski road and back down to the middle station to catch a gondola down completed this moderate walk of nearly 9 kilometres, 250 metres ascent and 609 metres of descent.

What is it like scrambling "Las Campanitas" Ridge in Spain's Sierra Nevada?

Migration Time in the Straits