Ups and Downs of the Veredóns

Kiersten and I fancied escaping the heat and spending a few hours in the cool air at 3000m. Our target was the upper Guarnón valley below Veleta's northern face, an area of streams and green, lush grasses amid a sea of stones. The area was teeming with nature's sounds, sights and smells.

Kiersten and I fancied escaping the heat and spending a few hours in the cool air at 3000m. Our target was the upper Guarnón valley below Veleta's northern face, an area of streams and green, lush grasses amid a sea of stones. The area was teeming with nature's sounds, sights and smells.

We chose a circular route from the top of the summer chairlift using two paths known as "Veredón's" to make the route. We would drop in via the Veredón Superior, come down the valley and exit via the Veredón Inferior. This would also have the added advantage of avoiding the crowds of day trippers heading for the top of Veleta!

Alcazaba and Mulhacen from los Posiciones

Entry via the Veredón Superior

The Veredón Superior is the trade route into the Corral del Veleta from Posiciones. This gives access to the northern face of Veleta, Cerro los Machos and Veta Grande. Despite the spectacular surroundings the path is well marked, wide and surprisingly little exposure is felt as one descends towards the "rock glacier" that remains in the valley bottom. A superb location. 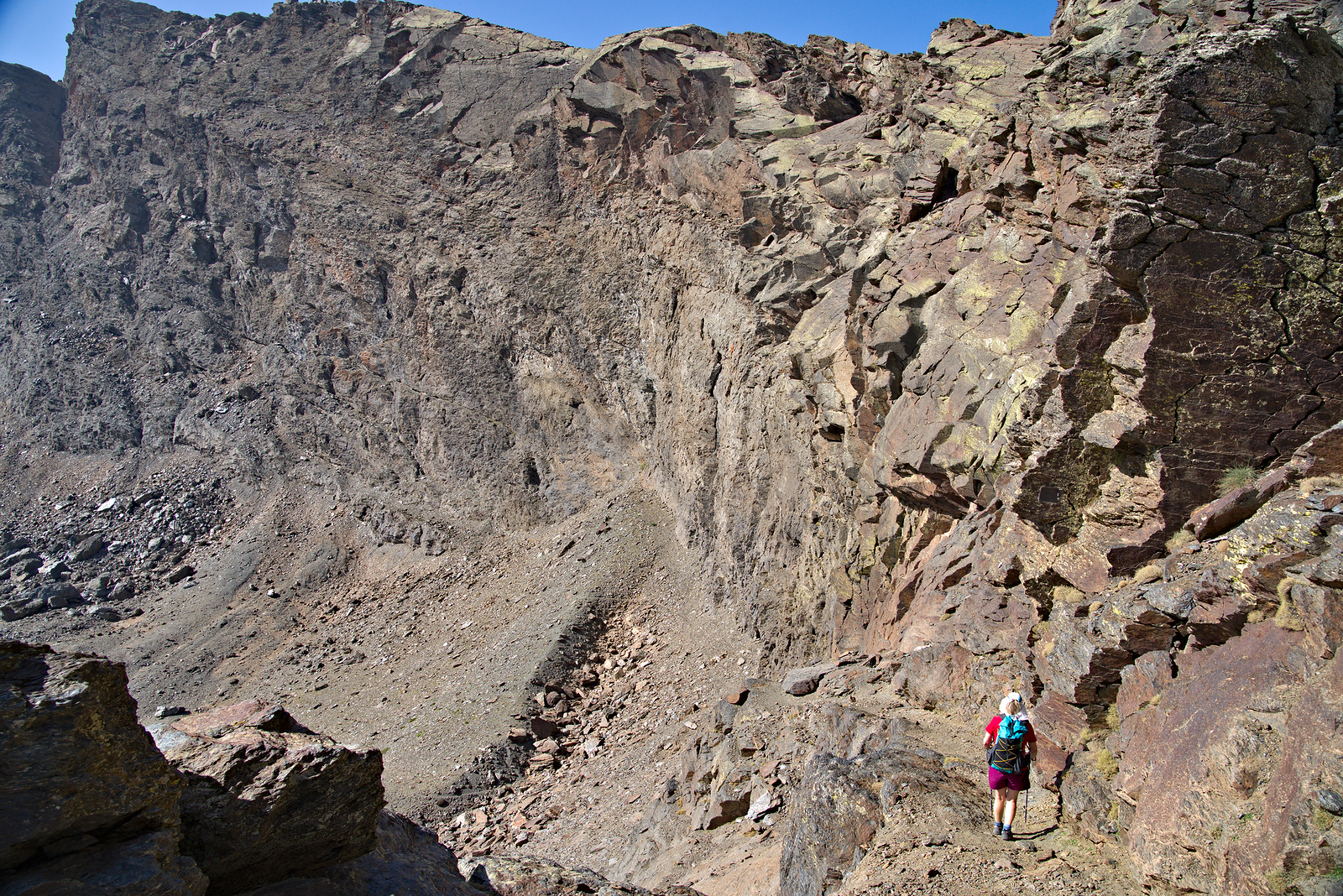 Dropping into the Veredon Superior

We dropped down from the Corral del Veleta on a decent path into an area of small streams. Part of the aim of the trip was observing nature so we spend quite a while here just sitting around, taking photos and relaxing. Kiersten is a much better wildlife photographer than me but a few of my photos are below. 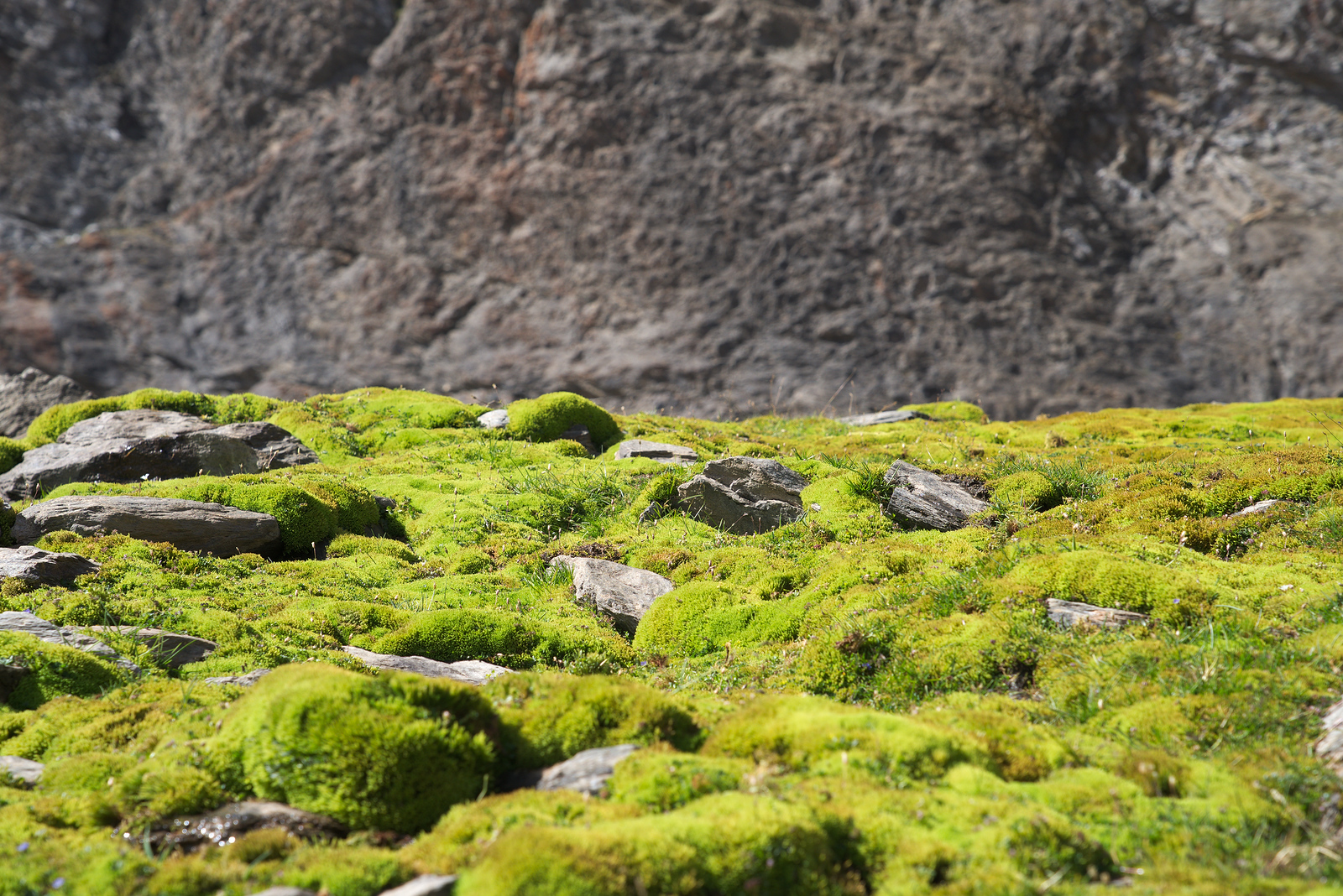 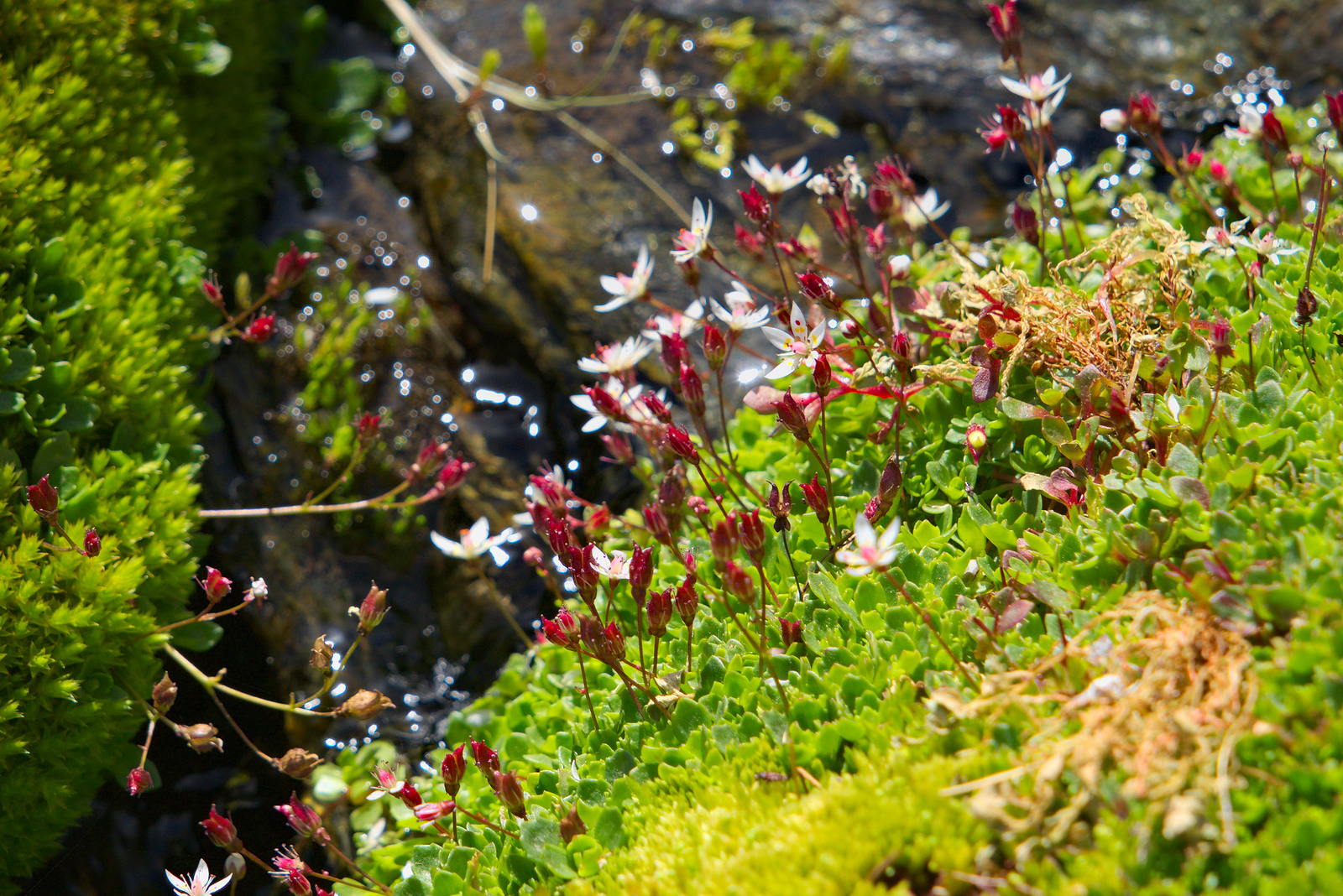 Exit via the Veredón Inferior

Few others know this alternative way out of the upper Guarnón valley back to the Tajos Campanario and Posiciones area. A narrow path, no scrambling but needs a head for heights as some steep slopes exist both above and below. A dramatic and superb situation. Recommended!

The photo below shows the position across the rock face that the Veredón Inferior takes. There is a faint track up from the valley, marked by the odd cairn but in case of doubt aim for just right of the obvious green path emerging from the rocks, clearly seen on the photo below.

The alternative shown in blue looks as though it is possible, and I have seen people on it, but I haven't tried that (yet!)´

We emerged from the Veredón Inferior by a metal cross on the ridge line of the Tajos Campanario. A short walk uphill to the 3000 meter level and then, rather than ascend to los Posiciones, we traversed the pathless rocky slope to reach the chairlift station and our ride back downhill.

A very relaxing but interesting and enjoyable walk that took us 3.5 hours but we must have spent 1.5 hours sat around in the upper Guarnón. The best thing was, we avoided all the hordes shouting their way to the top of Veleta! 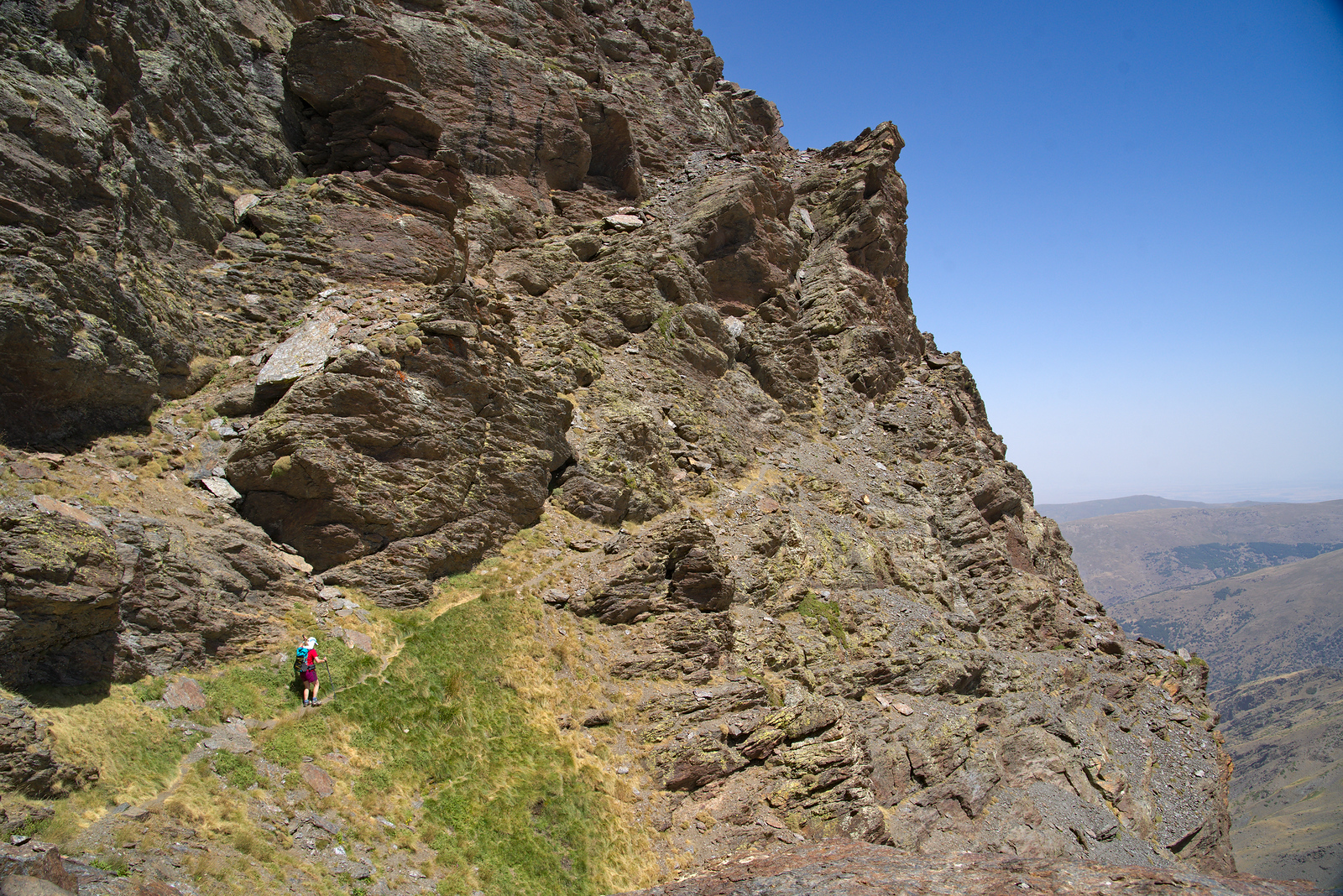 What is it like scrambling "Las Campanitas" Ridge in Spain's Sierra Nevada?