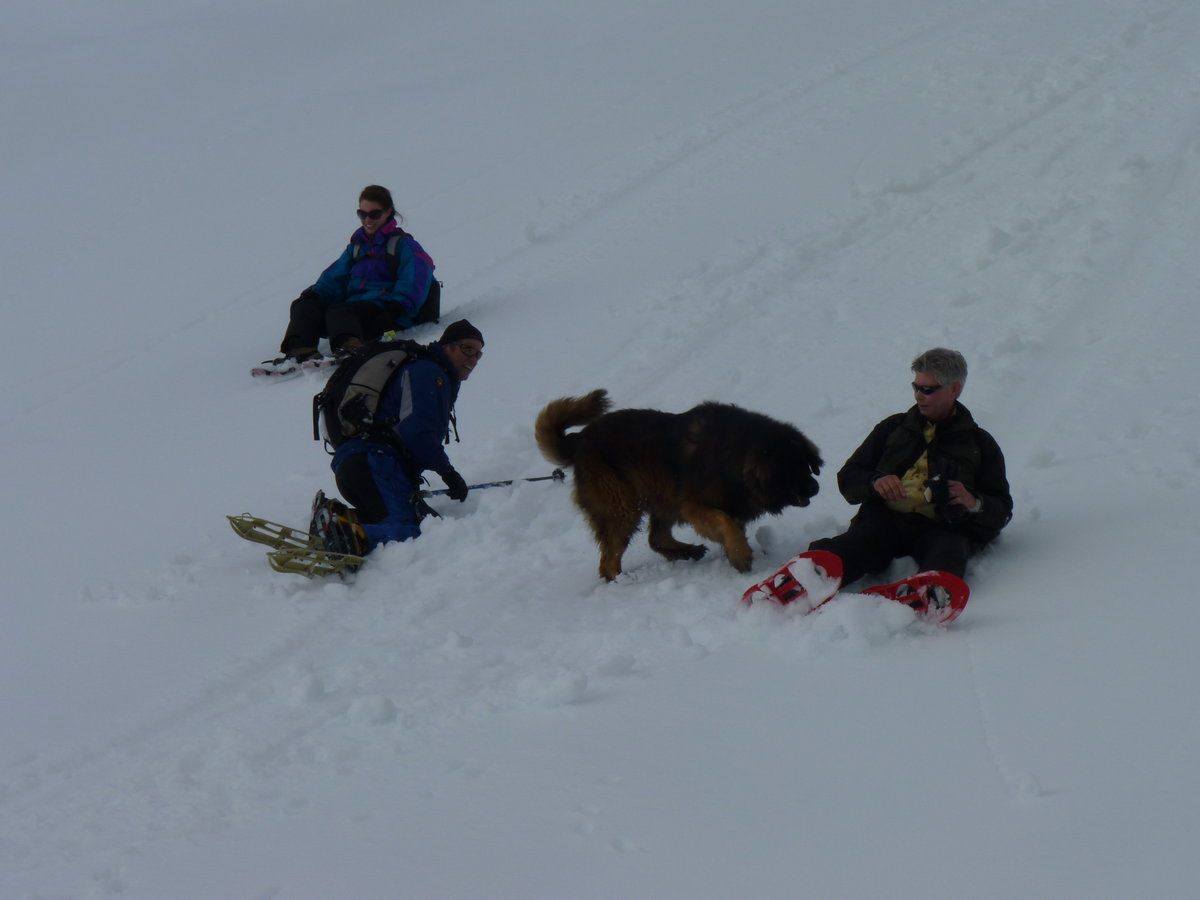 Strutting around in the Alpujarra snows on overgrown tennis rackets

If youve never tried snowshoeing, you should! When the fresh snow lies thick on the hillsides of the Alpujarras and Sierra Nevada head for the upper pine forests and have some fun!

There is no finer place to enjoy a day’s snowshoeing after recent snowfall than above Puente Palo in the pine forests of the Alpujarras. Last week we were privileged to enjoy the company of a family from the USA, as we guided them on a days snowshoeing.

We parked at the recreation site at Puente Palo, above the village of Cañar. We accessed on another dirt track from Lanjaron. With care a normal saloon car could reach this spot but the road conditions do deteriorate depending on the severity of recent rains.

Puente Palo is situated at about 1700m. We had a zig zag walk up through the forest for about an hour before we encountered our first snows at around the 2000m level. Tracks of wild boar had crossed the path in front of us adding greatly to the pleasure of our excited dogs. The snow deepened and with rising frustration at sinking into the snows, we eventually donned our snowshoes.

None of the party had done it before but were keen and eager to learn. That said, there’s not really too much to learn really. Put them on your feet and walk like John Wayne! Immediately the going was easier as we crossed interesting slopes on our way to the deserted cortijo at Cañada de Tajos de los Machos.  Going up, over and around deep snow drifts added excitement. As did the cloud which drifted in from the south leaving us in thick mist.

With the trees to guide us we made the old cortijo where we had some lunch. Our plans to escape onto the open hillside towards the peak of  Cerrillo Redondo had to be curtailed at this point. A party of 6 stumbling around in the mist on a 3000m hill didnt seem to good an idea. Instead we opted for an exhilarating descent alongside a forest break.

Rule number 1 in snowshoeing ……………. going down is actually harder than going up (although more fun!). Snowshoes maybe quite good for fall line ascents or descents but for traversing they are not so good. The grip goes and one slides.

Having said that the group had a whale of a time sliding down the slopes alongside the forest. When the snow began to run out at the forest edge we heading in closer to the forest. Some of the guys even went back uphill to try the downhill again!

Of course our excited husky (Khumbu) and leonberger (Bruno) were in their element as they chased us down the white slopes trying to halt our progress.

A good day, yet only 45 minutes from Lanjaron. If you wish to try it our yourself, we can provide all the gear (snowshoes, poles). We are running snowshoeing day and multi day tours throughout the winter and usually up until the end of May.