For many years I have gazed south to the rather uninspiring lump of the Sierra de Lujar. This small mountain range nearly 2000m high has never inspired me to walk it's seemingly boring wooded hillsides. A day with the Nomads Walking Group there has changed my opinion.

For many years I have gazed south to the rather uninspiring lump of the Sierra de Lujar. This small mountain range nearly 2000m high has never inspired me to walk it's seemingly boring wooded hillsides. It appears rather featureless and lacking in true mountain character. A day with the Nomads Walking Group there has changed my opinion. 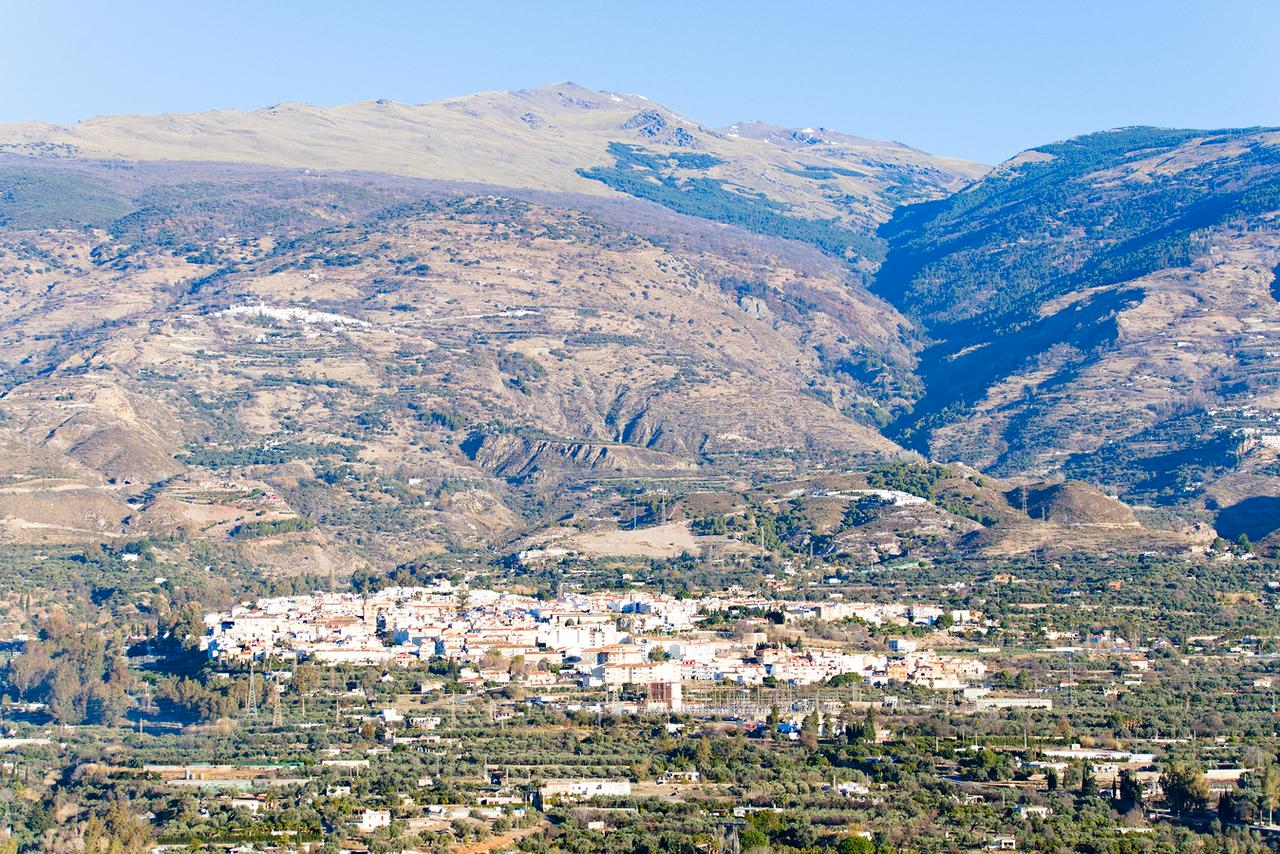 We decided to try the well known "Ruta de los Mineros" (Route of the Miners) which rises from just outside the Alpujarra market town of Orgiva to reach the Florspar mines. The mines themselves were lying dormant for many years until in 2010 and with the addition of new partners, Minera de Órgiva reactivated the exploitation of the mine. They have a very good website which explains the products and uses of the mining. 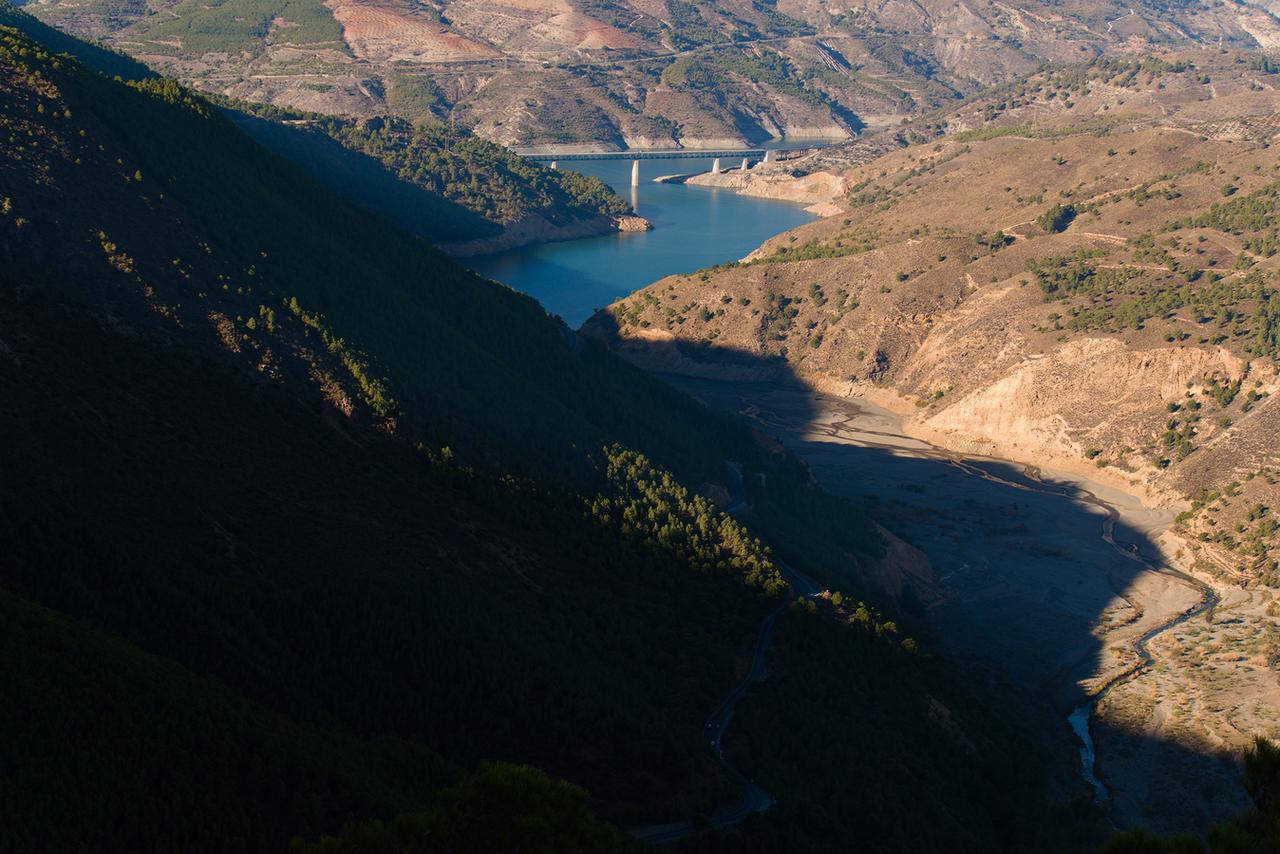 Valley of the Guadalfeo and Prensa de Rules

The route rises 600m up to a dirt track above the mines itself. We started at the entrance to the valley. Shortly we took a path of the right well marked by 2 posts. There now followed about 1.5 hours of steady ascent, made much easier by the well graded nature of the trail, which crossed the hillside in a south westerly direction.

Interest was maintained by gazing at the Sierra Nevada mountain range which was spread out like a 3D map to the north. All the main towns and villages between Lanjaron and Portugos could be seen and identified.

Until then we had been in the shade provided by the north facing slopes of the Sierra de Lujar. Eventually, on reached our high point, we emerged into glorious warm winter sunshine where we took lunch.

3D Fly Through of the route

The rest of the walk was all downhill as we descended past the working mine and followed the twists and turns of the dirt track into the valley. Walking along the valley floor I was reminded of the rock climbs I had done there over 10 years ago. 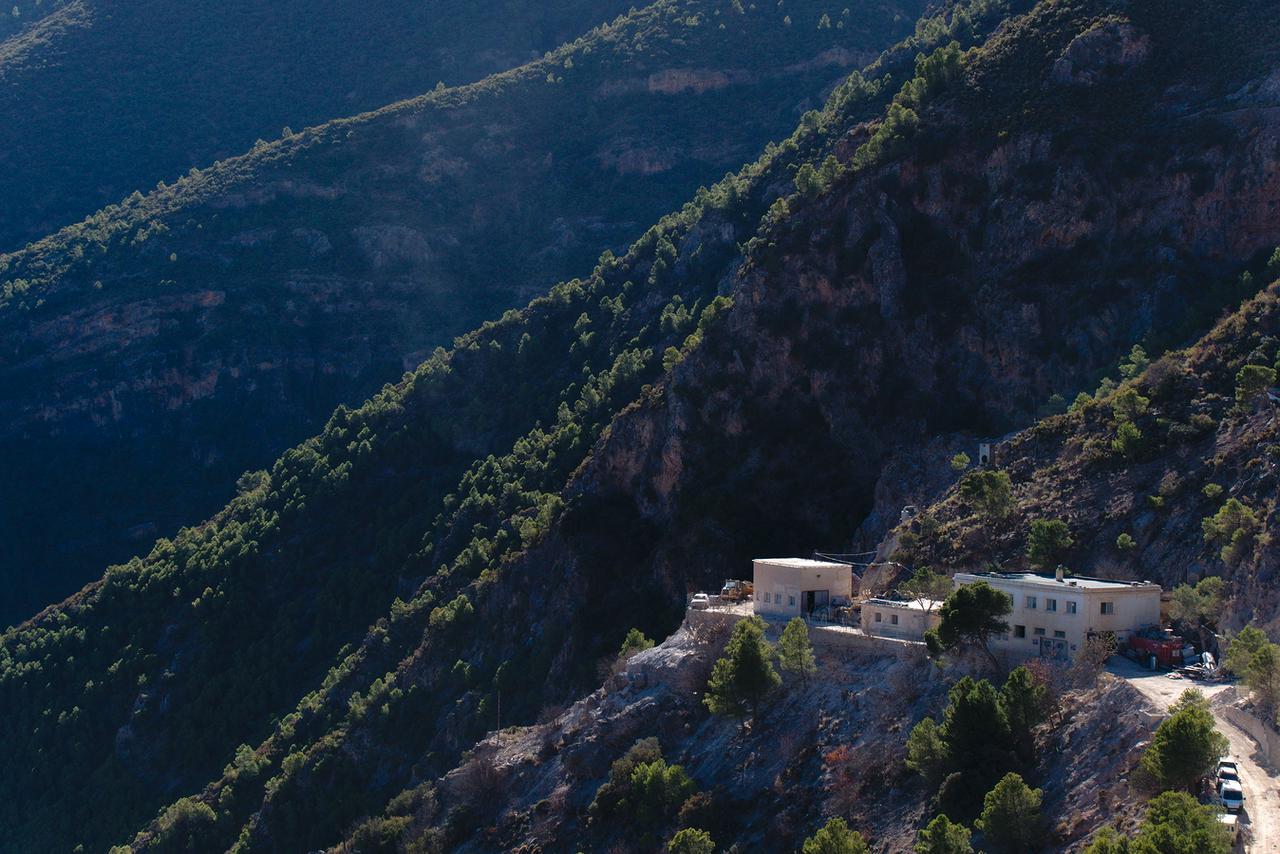 The walk we did was just over 9km long with 604m ascent involved. It took us a leisurely 4.5 hours to complete. Worth it, not just for the views back to the Sierra Nevada but for the beauty of the forested valleys and interest in the mining industry legacies. 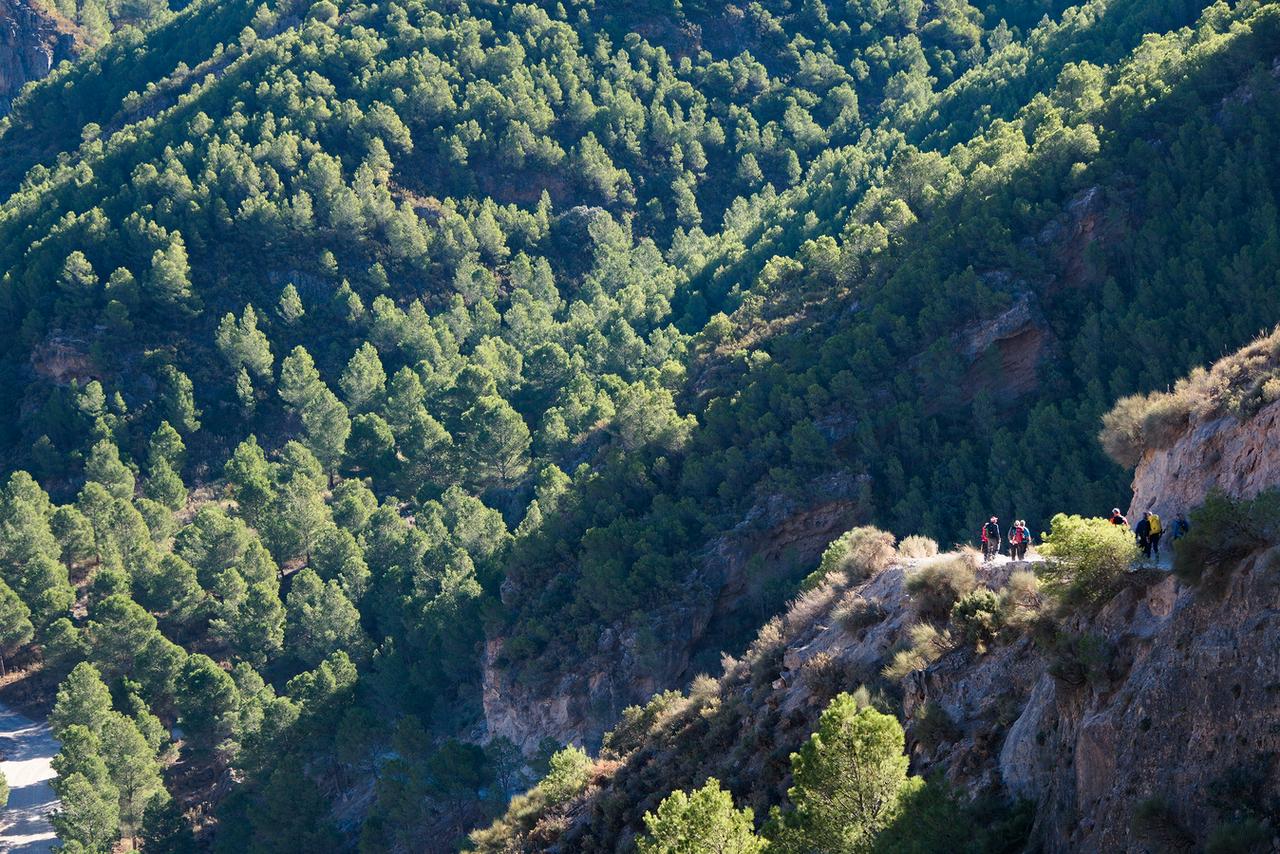 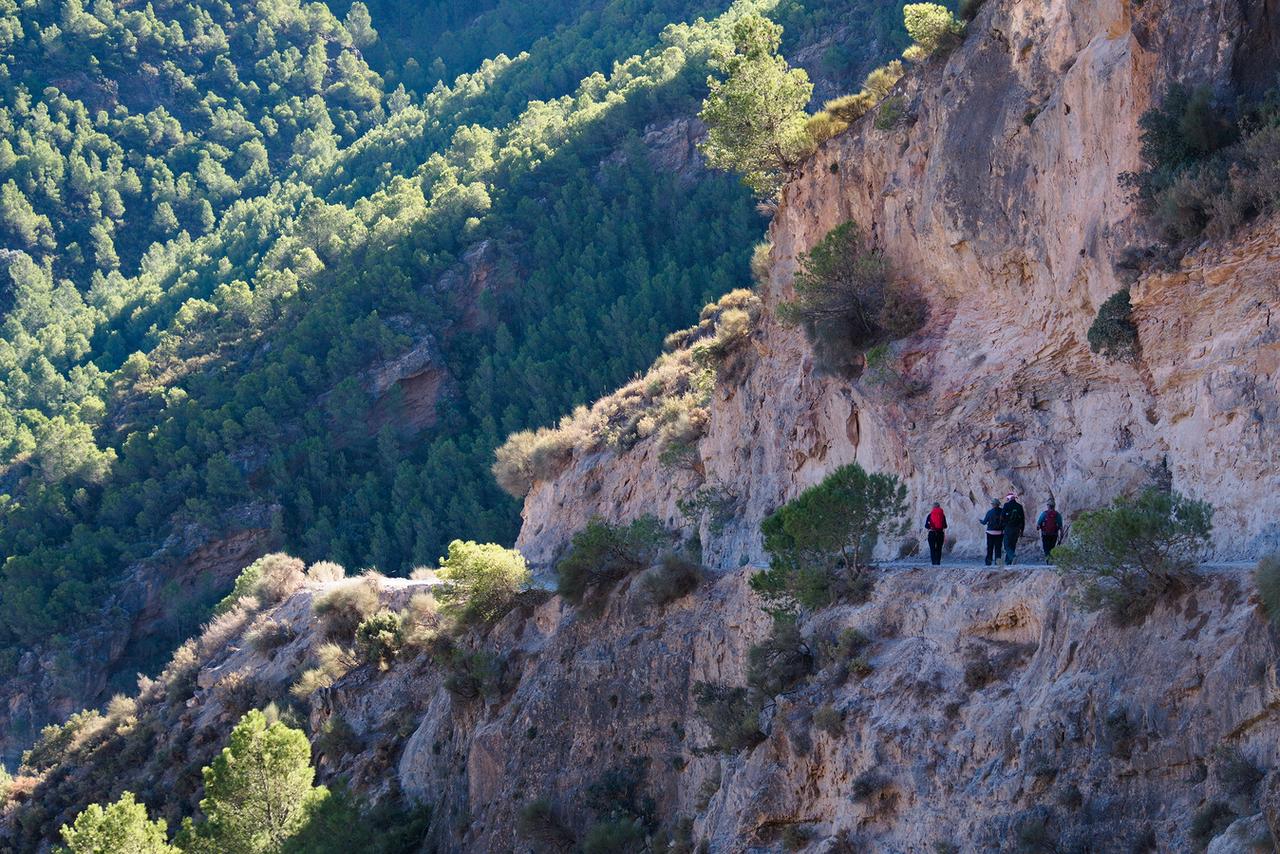 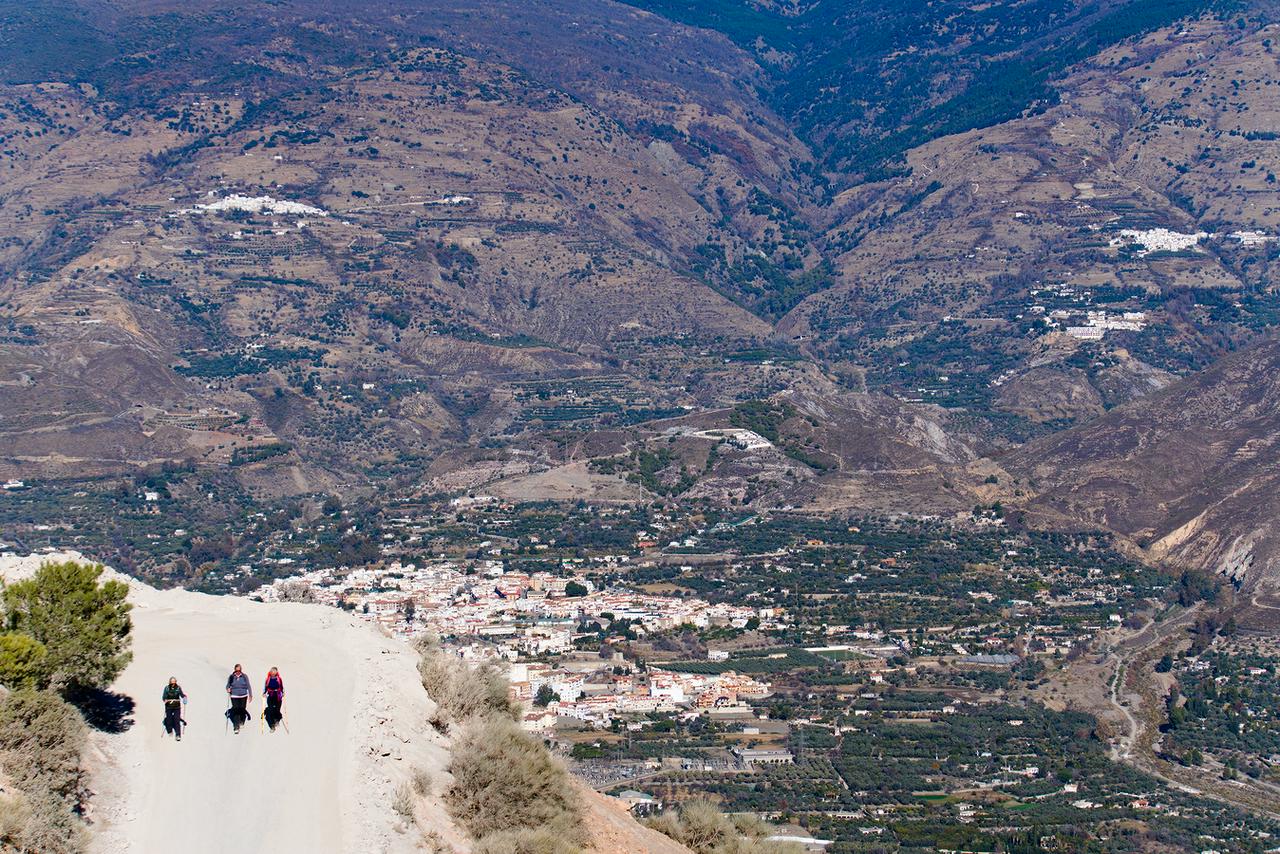 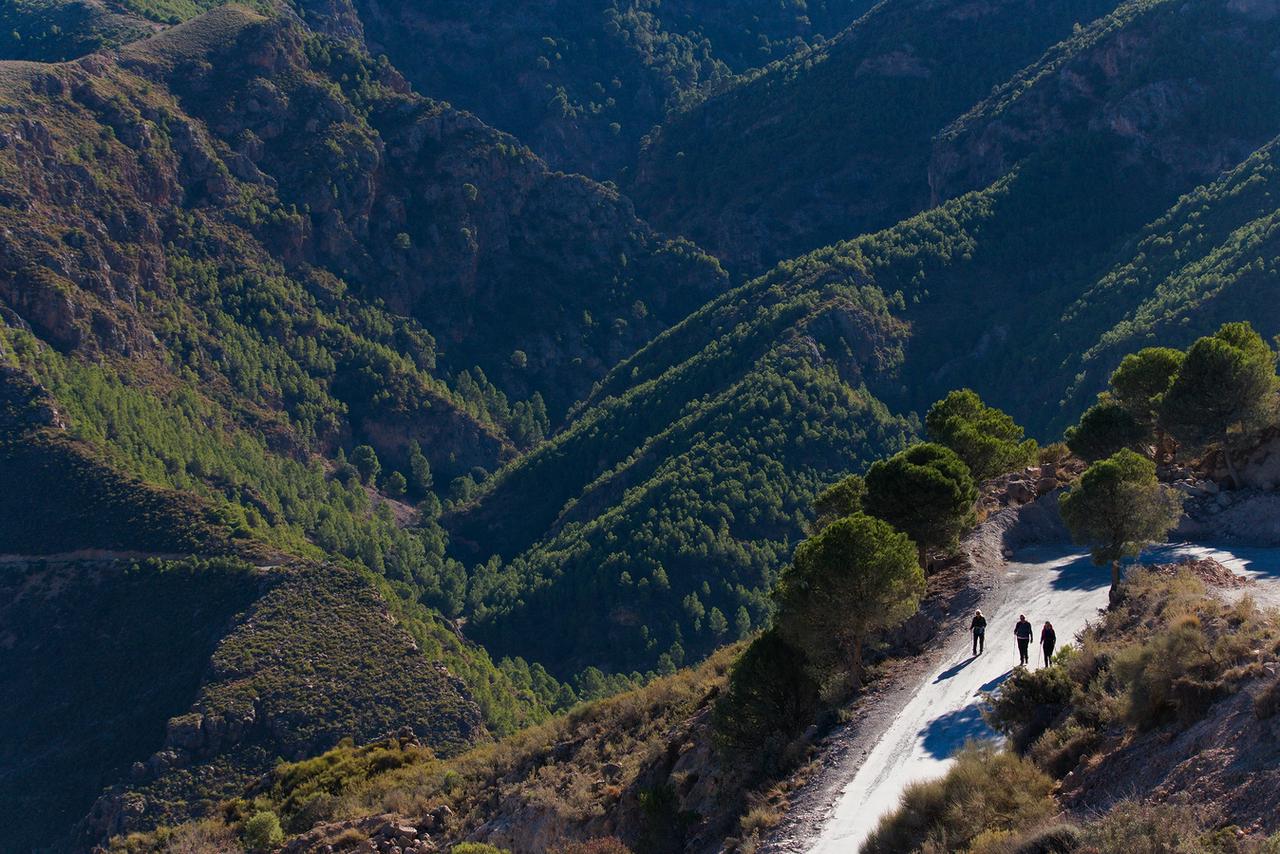 First tentative steps up a mountain