We dropped lucky. The night before the walk was planned we had the first real snows of the winter in the mountains. The temperatures were low as the resilient group of Nomads congregated at the trailhead at the base of the Barranco de San Juan, close to the town of Guejar Sierra. All around us were brightly coloured forests, the tops lit by the early morning sun. 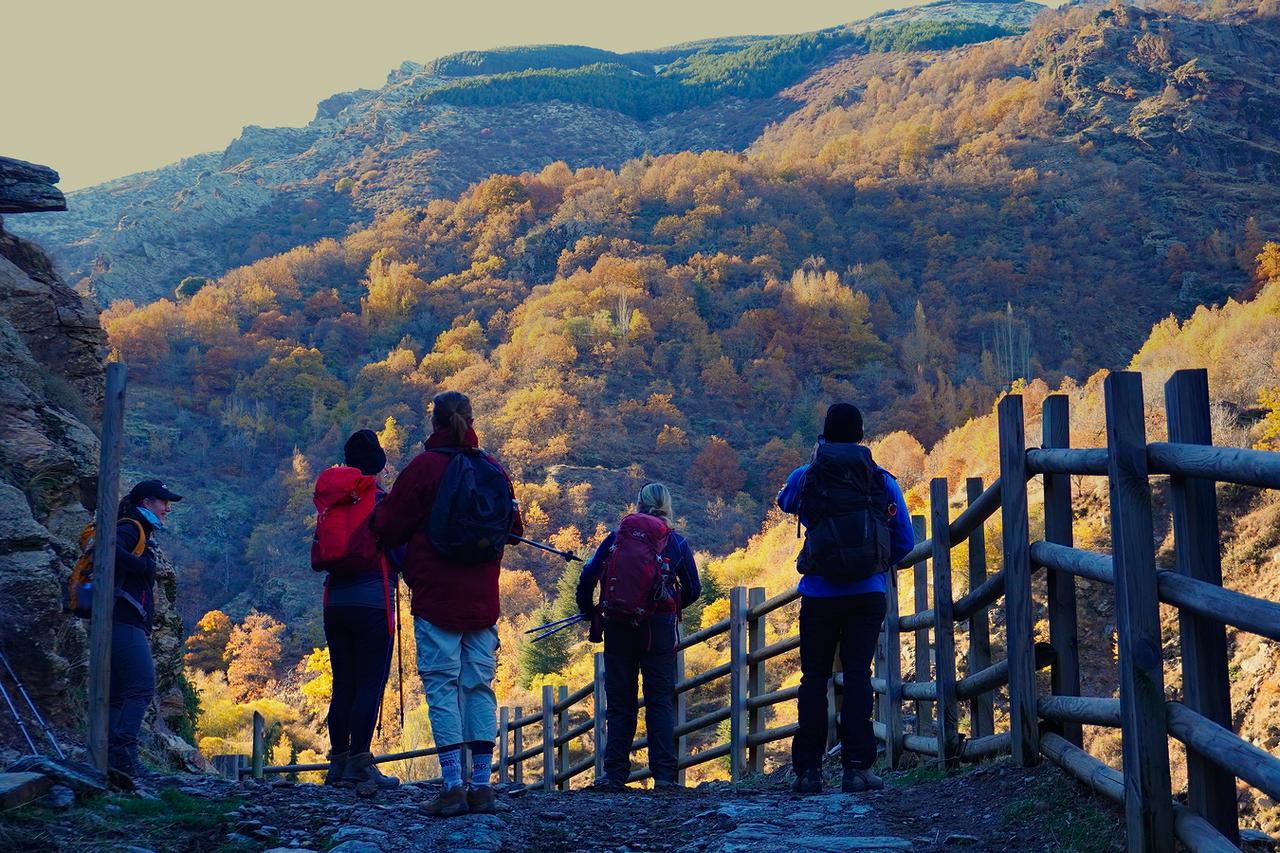 It was too cold to hang about so off we went along the start of the Vereda de la Estrella path that leads into the mountains. Just short of a kilometer later we cut off to the rights and ascended easy slopes to the Casas de la Hortichuela. 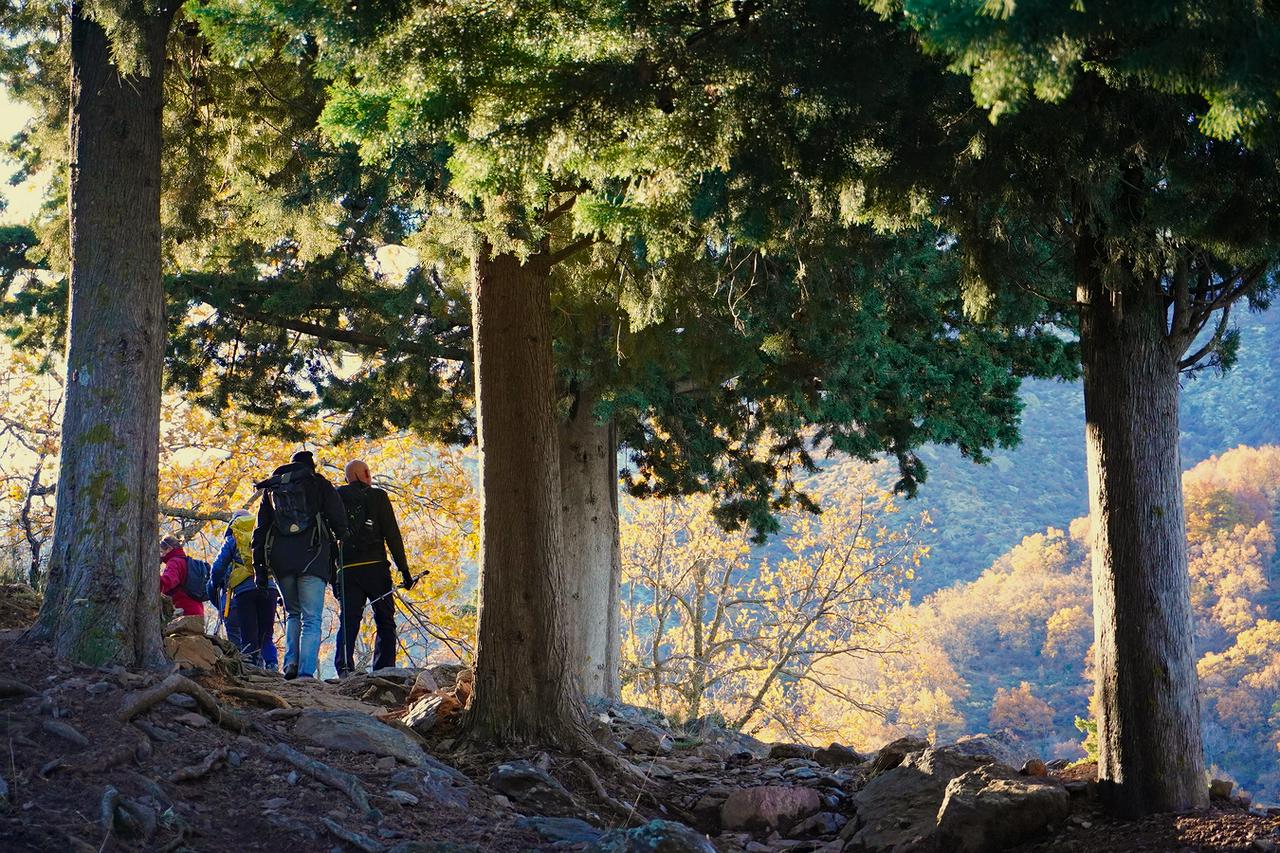 At 1650m the track leveled out and started to traverse the hillside in a south earterly direction. A lovely path, but made more difficult as it contained a shallow layer of frost/snow/ice that required great care as there were drops to the left. 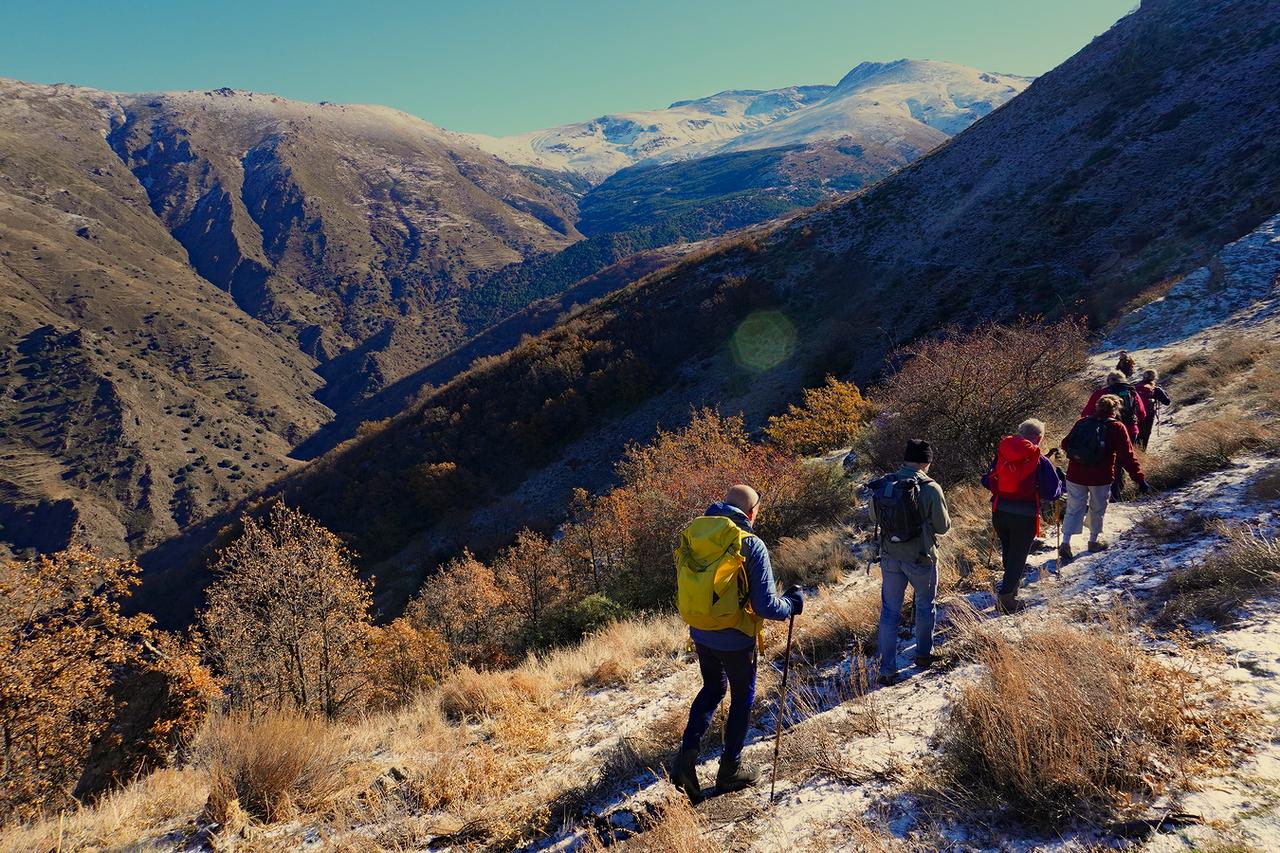 Fortunately the Nomads are made of strong stuff and we took this section in our stride. This area is in the shade during much off the late autumn to early spring and crampons should be carried in the future just in case of ice crossing the path. 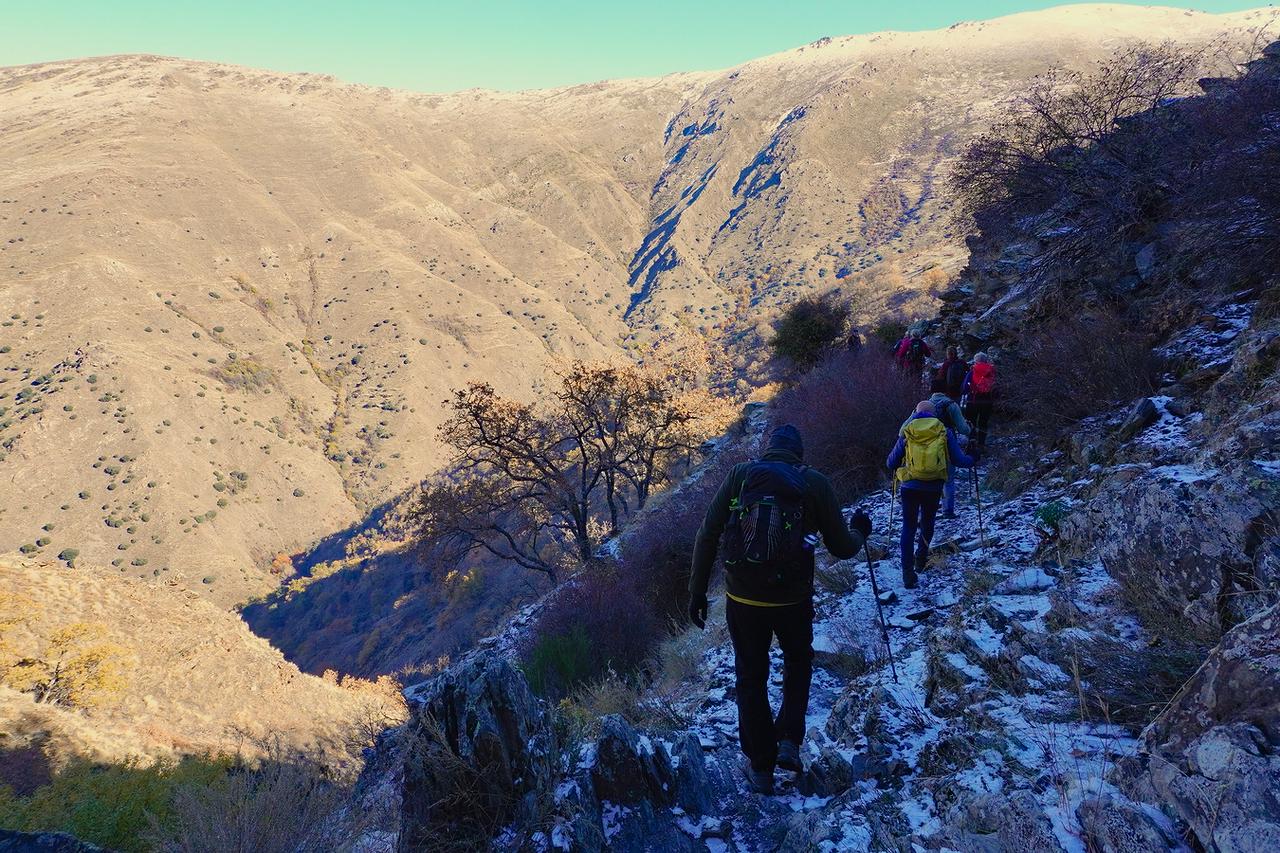 Just south of Cortijo de Cabanas Viejas we turned south and within just a hundred metres were met with the stunning sight of the north face of Alcazaba right in front of us. 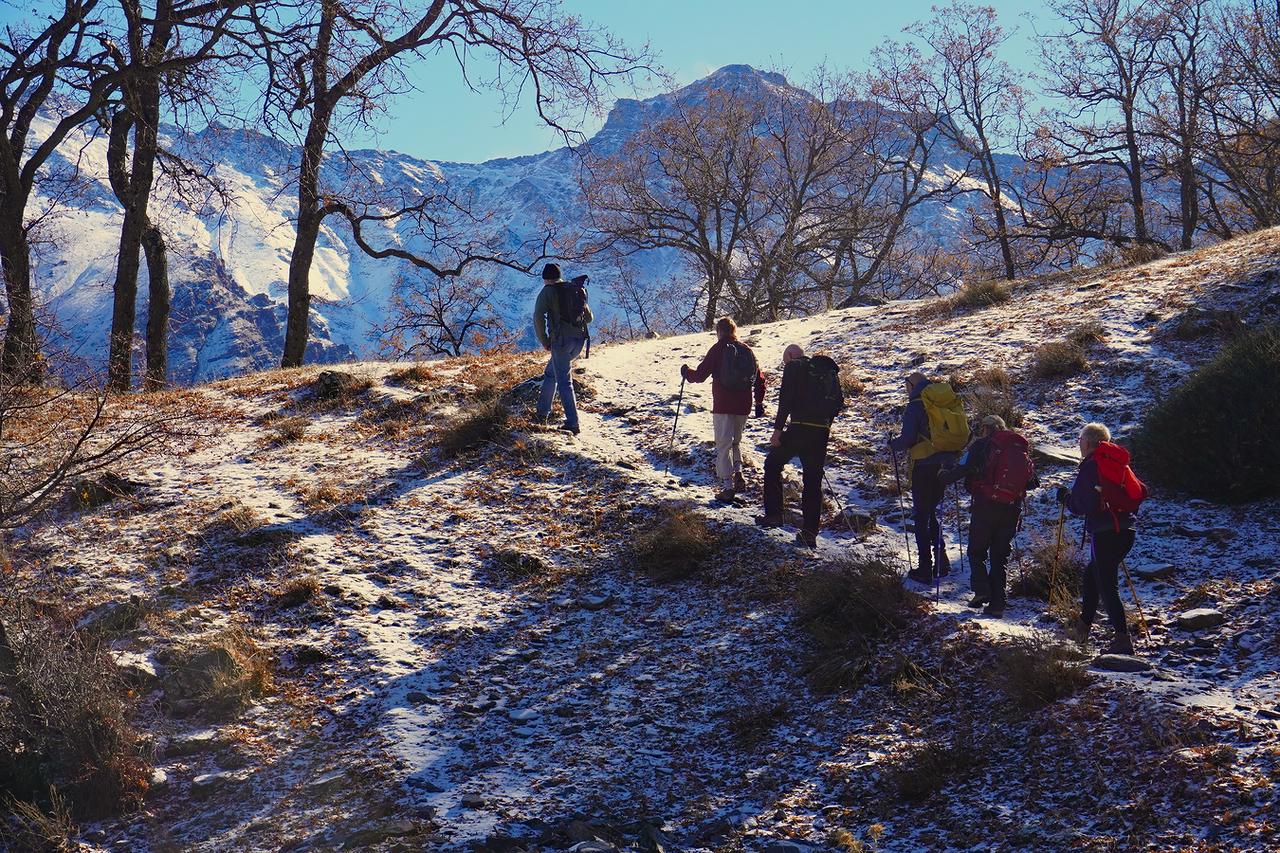 A magnificent sight that had us stop in our tracks and reach for our cameras or smartphones. As we ascended towards our goal at Cortijo Hornillo other mountains came into view, Mulhacen, Puntal de la Caldera and Veta Grande. 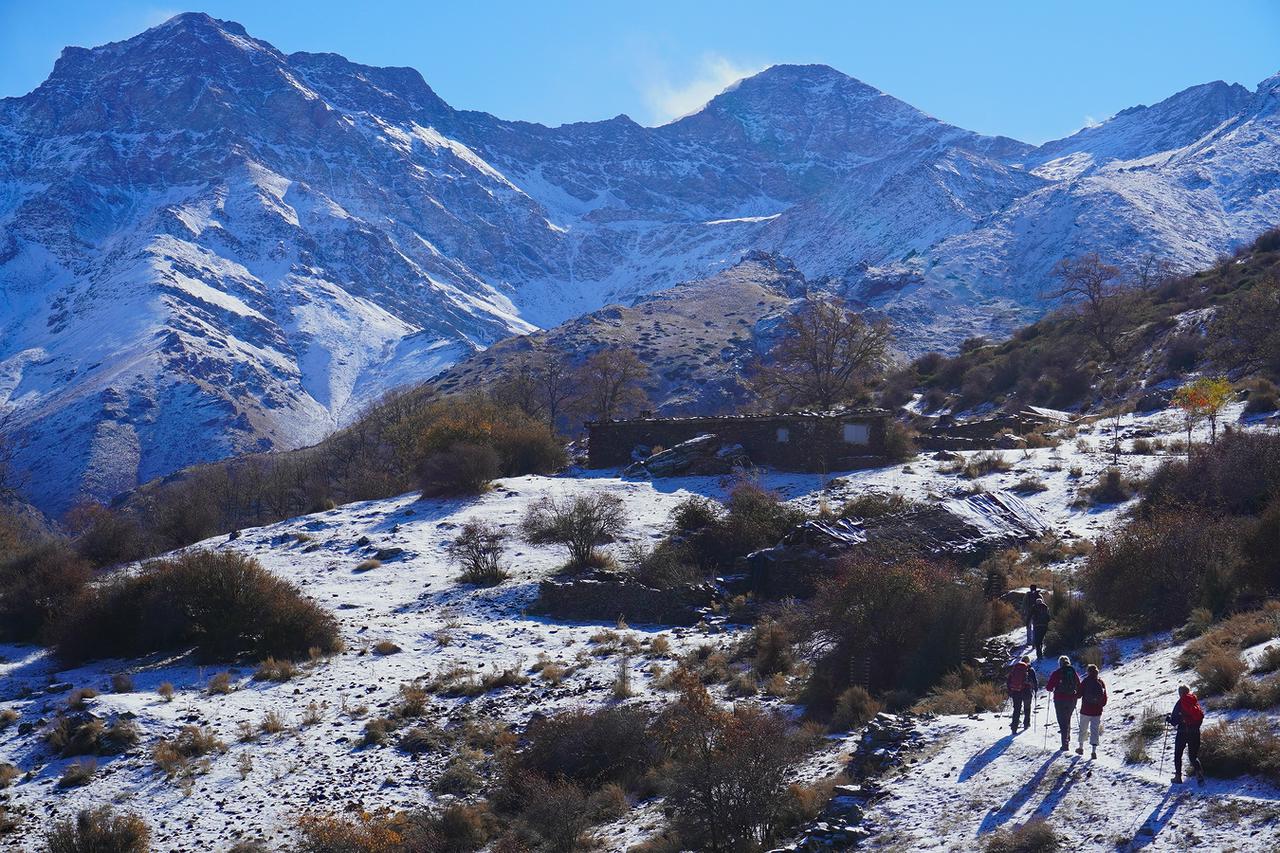 The clear, cloudless skies of early winter made the view seem like a scene from the Himalayas. The white mountains towered over us, ice glinting from their vertical slopes, as we reached the buildings at Cortijo Hornillo. Here we lunched and took in the atmosphere and magnificence of the surroundings. 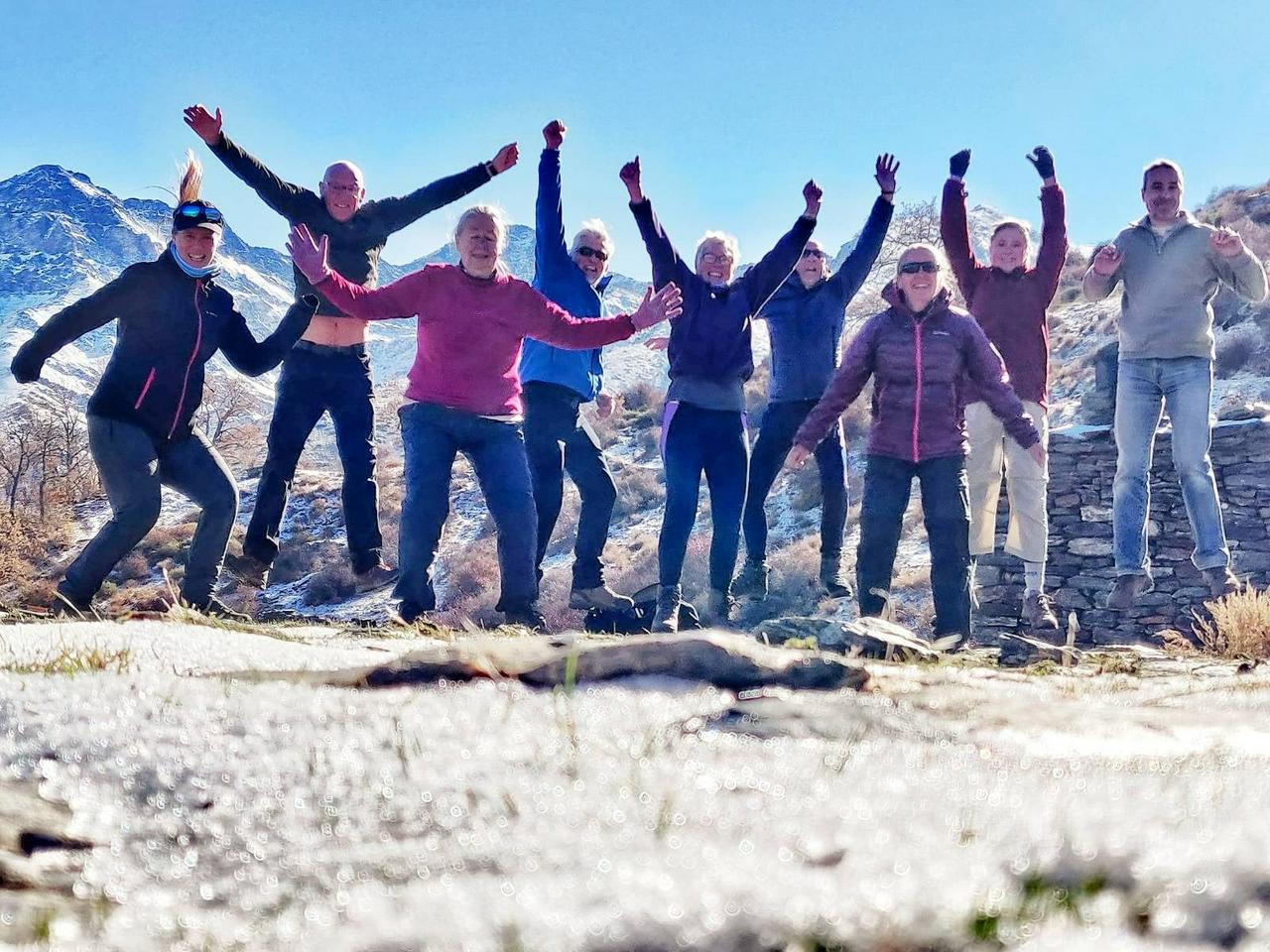 I think they enjoyed it!

We mountains drew us on so we decided to leave our planned route back and instead continue the path southwards before dropping steeply into the head of the Vereda de la Estrella. 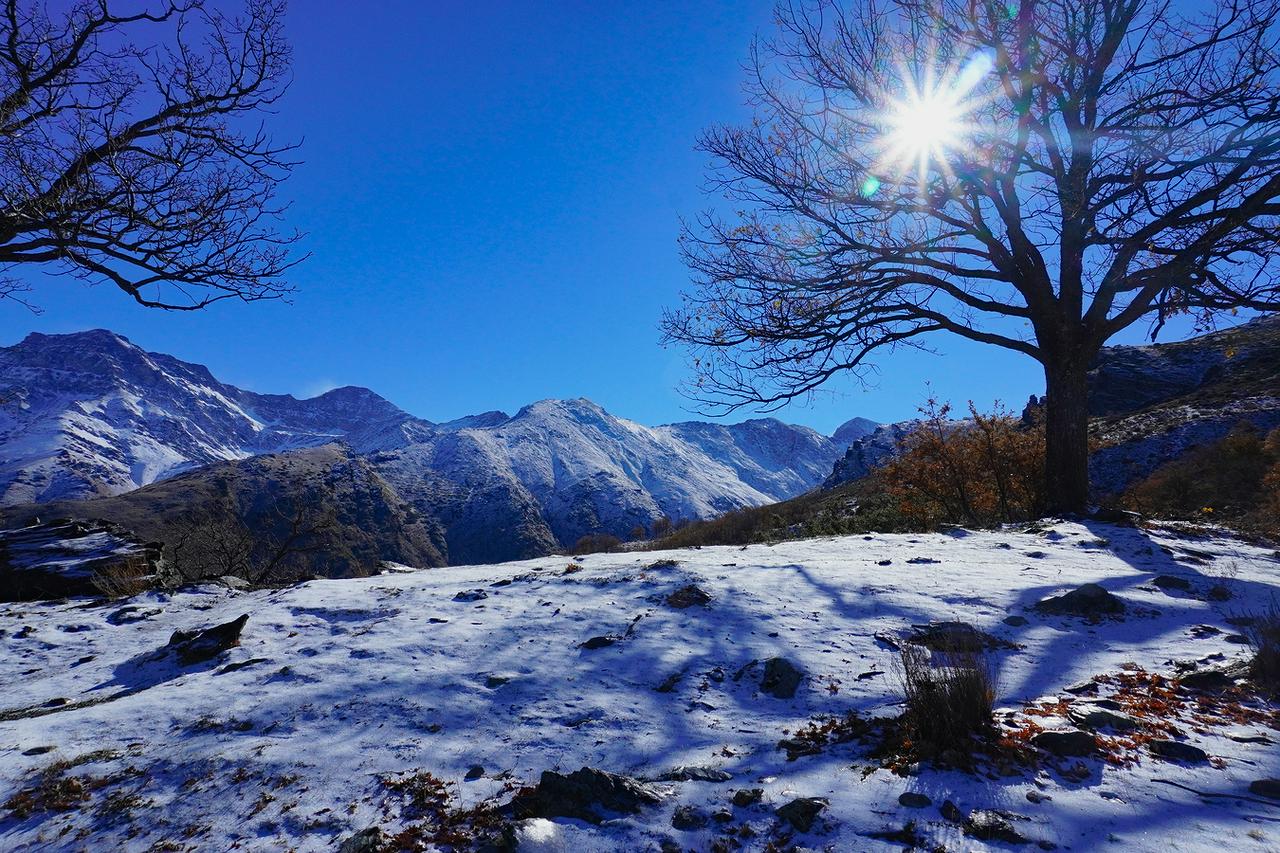 This turned out to be a much better alternative to the simple route back via Cortijo de Cabanas Viejas. About an hour and 4km longer but with much more interest. 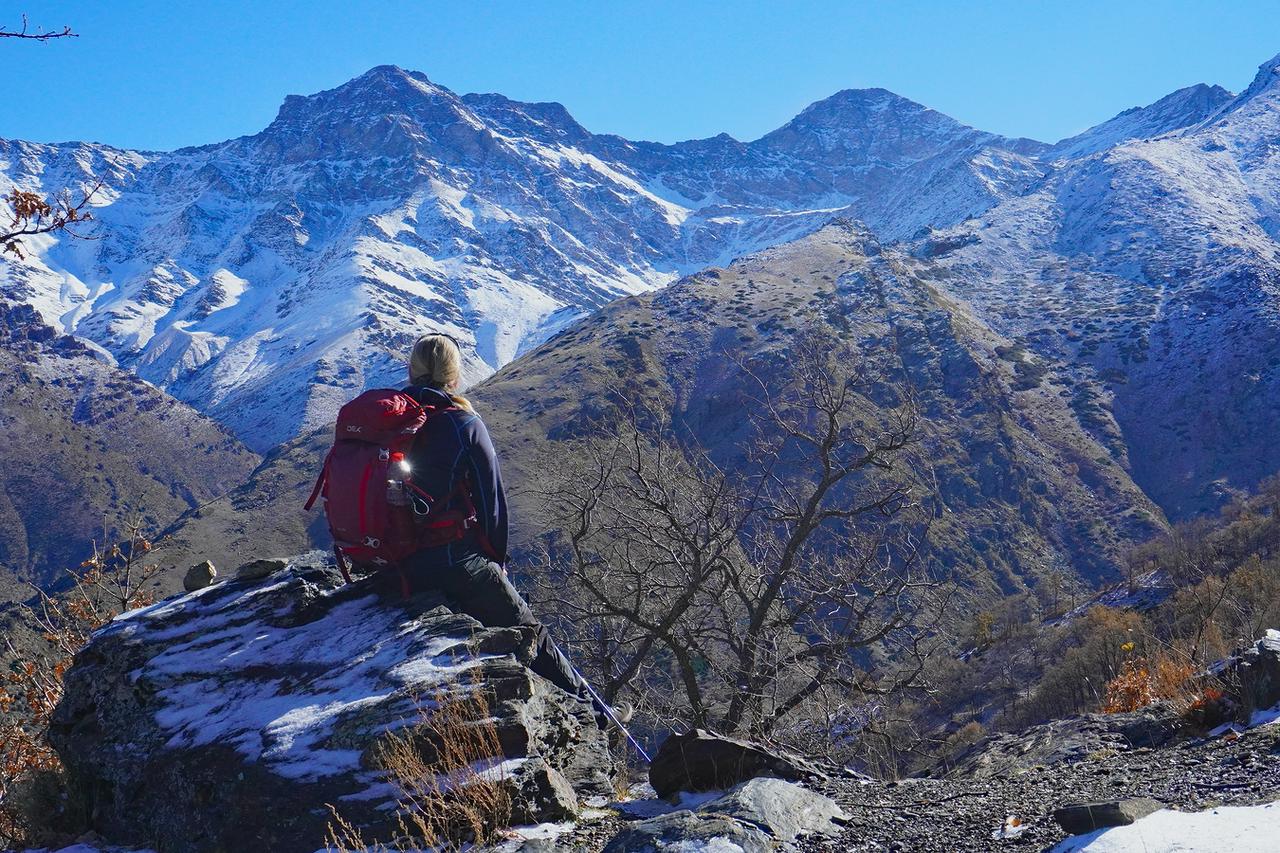 The walk back down the Vereda de la Estrella was enlivened by frequent glaces back over the shoulder to the vertical faces of Mulhacen and Alcazaba rising behind. By the time we got back to the cars we had very tired legs but uplifted spirits. It was time for a few beers! 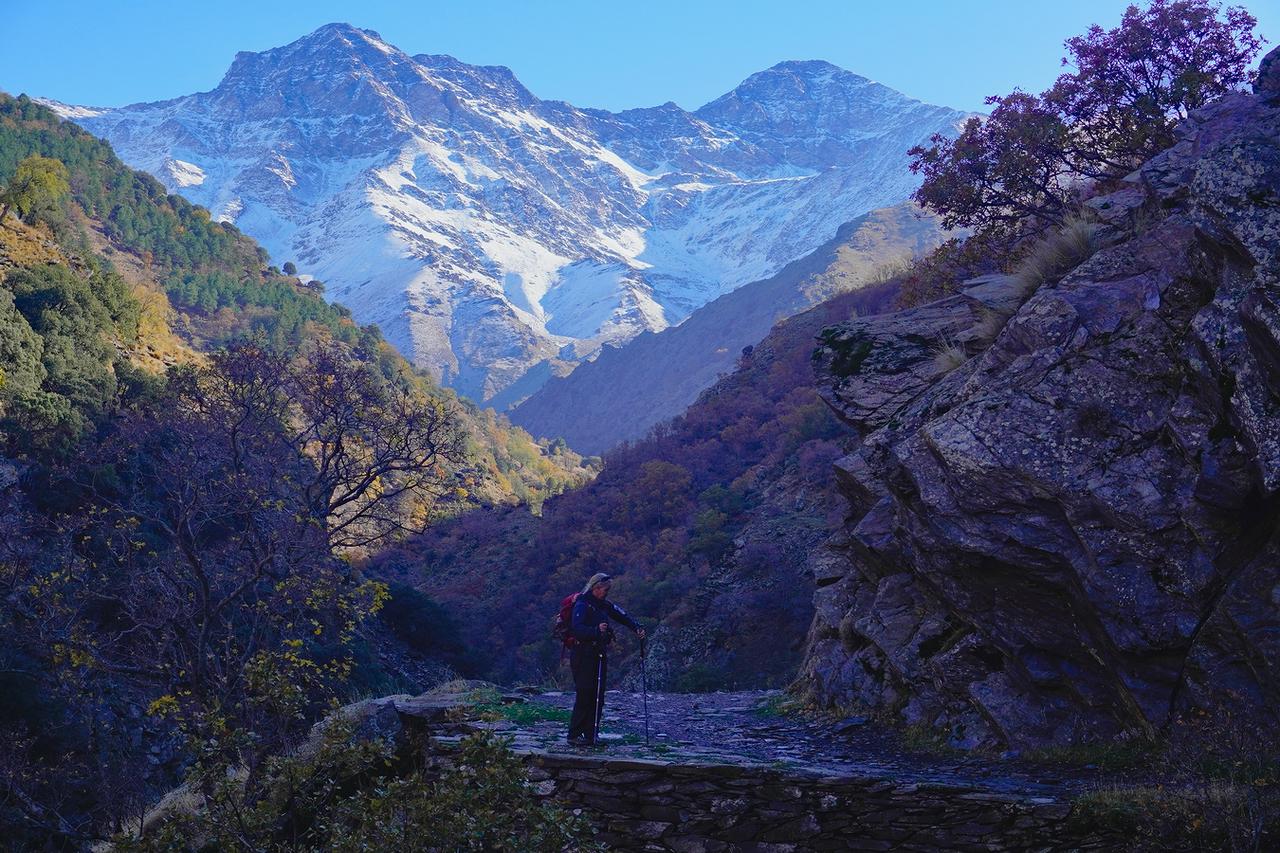 The total walk was 16km with 800m ascent and took us 6.5 hours. Recommended highlight of any visit to the Sierra Nevada but especially in the winter time when snow lies on the high peaks.